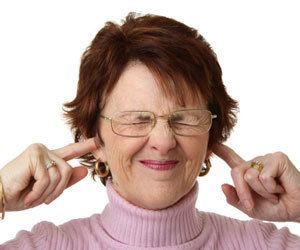 Ignorance is NOT bliss!
A few years ago I did not understand Domestic Abuse. I naively believed there were two sides to every story. I believed a broken marriage could be fixed – if only there was the proper desire to make it happen.

So what changed? You might think it’s because someone close to me was a victim of domestic abuse. That’s definitely a factor, but not the whole story. Why not?

Because even though it was someone so close to me, I thought there were two sides to their story as well. At first, I thought that both partners were at fault to some degree. While I didn’t condone the abusive actions, G-d forbid, I did mistakenly believe that they could be mitigated by a change in the victim’s behaviors.

I believed that bad things were happening, but honestly, I was worried that some exaggeration was taking place. I really thought that through communication and understanding the marriage could be saved and the damage repaired.

So, again, what changed? I became educated! I started to learn about domestic abuse.

I learned that there is no stereotypical profile of a domestic abuse victim. No one personality that lends itself to be abused more than another. It can be your sibling, your neighbor, co-worker, boss … you.

I learned that anyone can be an abuser. It can be both men and women.

I learned that the children of an abused spouse suffer terribly, in silence. Even if they aren’t direct victims themselves. It impacts their social life. As well as how they do in school. And their future relationships. And … And …

I learned that the abuse will not be apparent to outsiders.

I learned that physical abuse isn’t just a slap in the face or a punch in the nose.

I learned that emotional and verbal abuse can be worse than physical abuse.

I learned that the threat of violence can be worse than the violence itself.

I learned that there isn’t any behavior a spouse can do that deserves to result in abuse.

I learned that there is no behavior a spouse can do to placate an abusive partner, and suspend the abusive behavior for more than a temporary hiatus.

I learned that victims of domestic abuse don’t exaggerate the abuse, they down play it.

I learned that you can’t “just leave”.

I learned that when you finally do leave the abuse doesn’t stop.

I learned that the path to recovery is long and hard and requires a brave and courageous person to embark on such a journey let alone complete it.

I am still learning.

Most of all I have learned how much I don’t know and how dangerous such ignorance and naivete can be. This lack of real knowledge prevents too many people from recognizing just who can be an abuser and who can be a victim. And so they just don’t provide the right support and understanding that victims need.
And that perhaps is the biggest pity of it all. They could have been helpful if only they knew how.