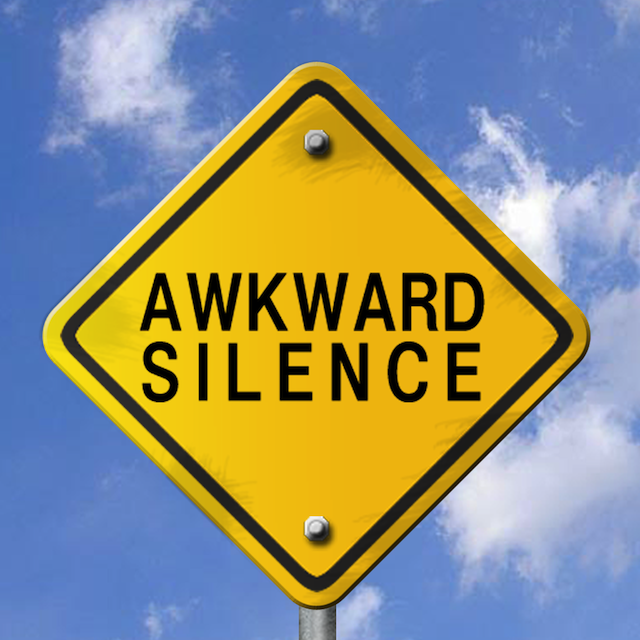 Conversation moves along nicely. And then there’s silence. Awkward! Or is it?

Silence doesn’t always mean that you have nothing to say to each other.

Remember, it’s only silence. It’s your own thoughts and feelings about that silence that might make it awkward. It’s only awkward if you think it is awkward. If you are so concerned about what the other is thinking about the break in conversation.

And then when we feel awkward, what we communicate is awkward. And then it just might come out awkward.

Sometimes the best parts of a conversation are the moments of silence in between the sentences, when nothing is said. When you’re taking a few seconds – even though it may feel like it’s much longer – to actually reflect on what was just shared. When you are taking the time to think of a good way to respond, to continue the conversation, or to change the direction of the discussion, then what you actually do say will be coming from a place of confidence, rather than awkwardness of trying to fill that silence.